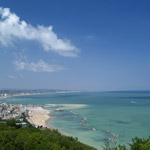 A charming Riviera resort in the northern Marches, Gabicce Mare is a beautiful seaside holiday location for families and sports enthusiasts alike, beloved because of the friendliness of its hotels. In Gabicce Mare guests enjoy a fascinating panorama: a broad range of hotels and residences and well-equipped beach resorts are located directly on the sea, while the upper part of town offers breathtaking views over the green hills of the long coastline - especially beautiful at sunset! In the Gabicce Monte part of town there are elite hotels, too, guest houses and nice typical restaurants where you can spend a quiet summer evening with really exclusive vistas. 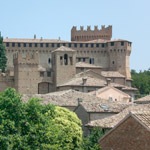 Situated at 142 metres above sea level, with the Republic of San Marino, Rimini and Carpegna in the background, Gradara represents an extraordinary urban and architectural combination. Legend has it that the castle was the scene of the famous and tragic love story of Paolo and Francesca, caught in each other's arms and killed by Gianciotto, Francesca's husband. This love story was immortalized by Dante in his Divine Comedy. Guided tours of the village and castle of Gradara with illustration of the main historical and artistic heritage, the architecture with panoramic view from the top, frescoes, paintings, interior design and furnishings and of course a narration of the legend of Paolo and Francesca. 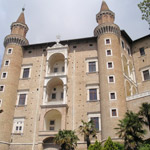 Urbino is a walled city in the East of Italy, in the region of Le Marche. Located just south of Rimini and northwest of Ancona, the town lies in the middle of a relatively hilly area and is indeed nestled on a high sloping hillside. It has retained much of its picturesque medieval aspect, which are marred ever so slightly by the large car parks below the town. It is the home of the University of Urbino "Carlo Bo", founded in 1506. The city's best-known and most visited architectural structure is the Palazzo Ducale, which was rebuilt by Luciano Laurana. It is one of the most interesting examples of Italian Renaissance as a whole. It is home to the National Gallery of Le Marche and is characterised by the small towers, which define the façade of the building. The House of Raffaello, or La Casa Raffaello, found at number 57 of the same street is another popular attraction. 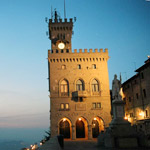 The Republic of San Marino was founded in 301 A.D. and is the most ancient European Republic. An enclave situated in central Italy, 15 km from the Romagna Riviera, the Republic sits at 700 meters above sea level on Mount Titano, a prominence which gives the first hint of the presence of the Central Apennine Mountains. Each year the Republic of San Marino is visited by millions of tourists from Italy and from all over the world. the historic center of the Republic of San Marino is, in every part, a living monument. A patrimony for humanity. The view from the Towers is incredible:a terrace with a splendid view of the Romagna Coast on one side and the ancient Republic on the other. Throughout the pedestrian island, walking along the narrow streets, through the squares and around the churches and thousand stores and boutiques, shopping is a pleasure. 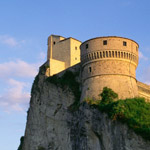 San Leo, is a spectacular cliff top town and fortress which dominates the Marecchia Valley. Due to its naturally impregnable position on inaccessible high ground, it was an important strategic stronghold in the Montefeltro area, and through the ages it was dominated and contended for by many, including the Medici and Della Rovere families. The imposing fortress of San Leo was designed by the multi-talented Renaissance architect, Francesco Di Giorgio Martini, and is an outstanding example of military and defensive architecture in Italy. It was here, in the fortress of San Leo that the enigmatic adventurer the Count of Cagliostro was imprisoned for heresy until his death by the Inquisition. 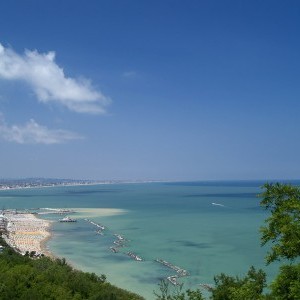 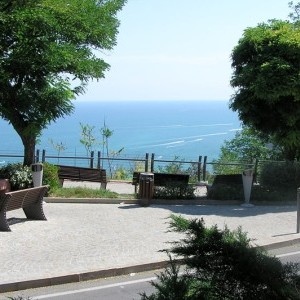 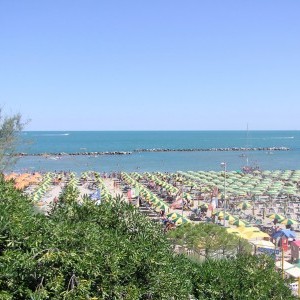 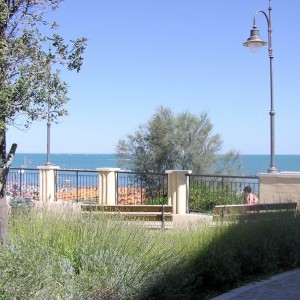